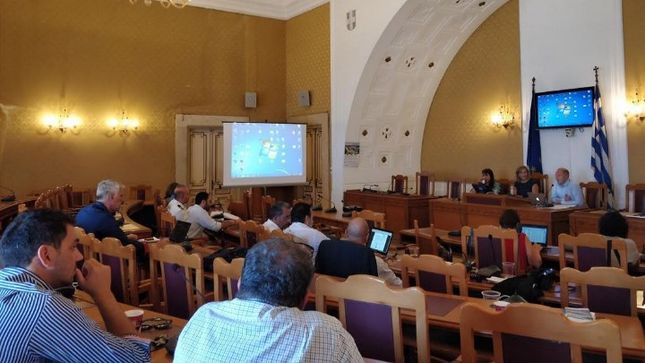 On 20 and 21 September 2017 a two-day event was organized in Rhodes, in the framework project SIROCCO under the Interreg MED Programme.

On Wednesday 20/09 the project’s 3rd Steering Committee took place followed by a technical meeting in the presence of all project partners, who discussed management and technical issues. Particular emphasis was given to the great scientific research carried out in the framework of the project to record the current situation in the Cruise Ports of Rhodes, Rome (Italy), Split (Croatia), Larnaca (Cyprus) and Valencia (Spain).

On Thursday 21/09 a workshop was held in the Regional Council Hall with the participation of: the Vice Regional Governor of South Aegean in charge of Tourism, Sport and Culture, the Deputy Mayor of Rhodes in charge of Tourism, the President of the Municipal Port Fund of South Dodecanese, the Director of the Chamber of Commerce of the Dodecanese, the Commander of the Harbor Police of Rhodes Port, representatives of the local stakeholders involved in cruise tourism and the SIROCCO project partners.

All news
Back to top